I wrote an article about how to help a programming student get unstuck, in it, I offered to share my thoughts about how to help pairs of students get unstuck, and this is that article. If you haven't read the original, I'd suggest starting there, because many of the techniques that work on individuals also work on students who are pair programming.

What is pair programming #

For the purposes of this post, I'm going to define pair programming somewhat narrowly. It's when two programmers are working on one computer, in collaboration, to write a program. When people pair, there are three versions of the program running--one on the computer, and two more in the minds of the programmers. If you've ever worked with distributed systems, you know that adding nodes generally makes things more complex, and this is no exception.

When individuals are debugging code, they need to synchronize their mental model of the code with the actual program on the computer. When you pair, you have to sync your mental model with the program and the mental model of another human being. In order to do that, you have to do a lot of talking. I find pair programming to be profoundly rewarding, but also fatiguing for this reason.

Does it work? Is it good for students? #

Pair programming may not be for everyone. Even if you like it, you may not love pairing with everyone. As in all human affairs, personalities and styles sometimes clash.

By and large, code written by pairs is better than code written by an individual because it forces you to understand how your code will be read. Of course the code you just wrote makes sense to you--you just spent hours mind-melding with a computer. To make it run smoothly in someone else's brain, you have to also mind-meld with them.

But what about pair programming for students, specifically? There's a wide range of experiences. The average student will learn more, and have a better experience pair-programming than writing code alone. They learn how to talk about their work--which is hard to teach, they find bugs themselves as they talk through their program, and they keep each other motivated when the going gets rough. 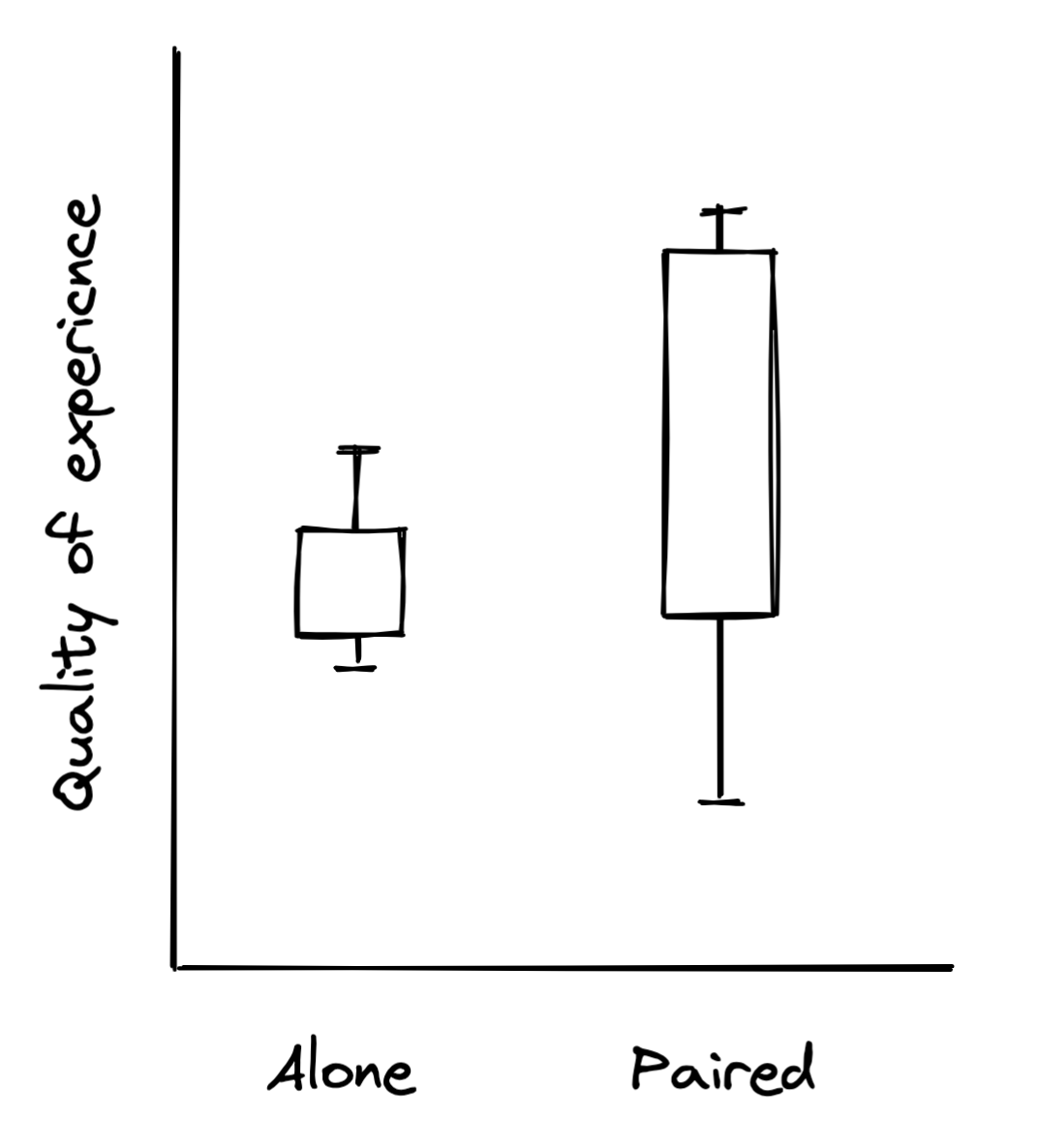 When students are pair-programming, it can go sideways for countless reasons. Sometimes it's fixable, sometimes it's not. Here are some of the causes of bad pairing experiences.

How do you know if something isn't working? Often it's quite obvious, but it can be more subtle, at least early on. Here are some of the signs of a problem.

These problems show up in classrooms, but they're not exclusive to them. I haven't been teaching in 5 years, and I see these kinds of problems all the time amongst coworkers. And just because I understand them, it doesn't mean that I'm immune. Sometimes I even know what's happening but can't quite fix it.

There's no way to prevent 100% of pairing problems. But, there are some things you can do from day 1 in a classroom to minimize them. 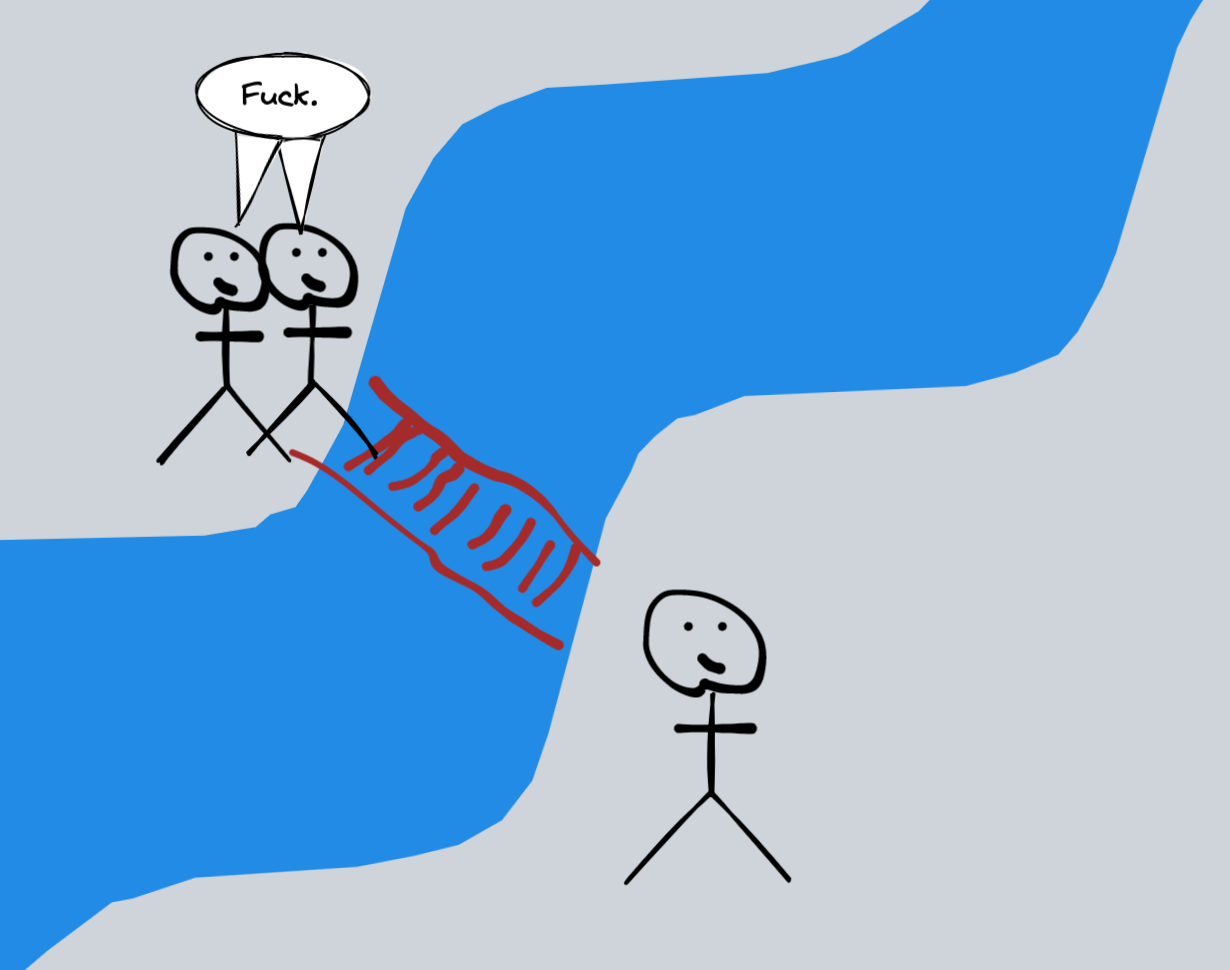 When you are called to help a pair, fight the urge to sidestep interpersonal issues. If you observe a dysfunctional dynamic, help the relationship before helping either individual, and certainly before "helping" the computer. If you parachute into a toxic dynamic, tap a few keys, and make an error go away, you're kicking the can down the road[1]. That's not to say you must completely fix the social problem before moving on--that is very likely impossible. But, if you ignore it, tensions will compound, and it will be harder to address later.

Debugging interpersonal issues is tricky, and there are entire professions dedicated to it. There's no formula. If you expect yourself to be able to "fix" it, you're setting yourself up for disappointment. But, you can help, and over time things really can improve.

A good starting point for solving any problem is understanding it. Build your mental model of the social problem. Ask the students what's going on. Name the tension, and see what happens. With no judgement in your voice, try something like, "I'm picking up on some tension... is it fair to say you're both feeling some frustration right now? What's going on?" Then see what happens. If the students are willing to talk about how they feel, make sure to show them that you're hearing them. It's hard to predict where this goes, but sometimes it's cathartic for students to have the issue out in the open.

Depending on the level of tension, you may to take a break before returning to content. "It seems like lunch is in 15 minutes, why don't we break early and come back to this first thing after lunch." Time and nutrition can be as good a medicine as the best diagram or explanation.

When everyone's ready to turn to content, you can act as a communication bridge to address many communication problems. Slow things down. Make sure at every step of the conversation, the two individuals hear each other. Point out for students when you think there's a communication problem. Try bringing in diagrams, rephrasing, examples. You can also inject a different energy into the dynamic with your own reactions, "ooh that's a really interesting question!" Just make sure it's authentic... injecting bullshit into the dynamic probably won't help. In a similar vein, when there's a win, take time to celebrate it.

You can pull back the curtain and explain what you're doing. "I'm trying to improve our communication dynamic because I think a lot of the problems we're having stem from the fact that we're not hearing each other." You can also offer suggestions. "What if you used diagrams like we have over the last 15 minutes."

Throughout this process, you may experience strong feelings. You can get frustrated, too. Keep an eye on this. If you're getting frustrated, it's probably time for a break, a new approach, or to maybe pull in another teacher or TA. It is possible to make things worse.

If nothing works, talk to them one-on-one later. See if they're more open when apart.

Pair programing is fraught with problems, but at the same time, it's 100% worth it in a classroom setting. Students learn more about code, more about their own communication dynamics, and are more resourceful than they would be alone. But, without some hands on social support, there will be enough failure cases that you might conclude it's not worth it.

These techniques are personal. They may not work for every teacher or student, and that's OK. I hope they serve as fodder for thought and discussion. I'd love to hear from other programming teachers about your experiences with pair programming in the classroom. Has it worked for you? Been a train-wreck? What do you do when students have problems?