The last couple of applications I’ve developed have eventually ended up craving a design pattern that I’m starting to call an “operation layer.” I've never fully realized it, but I think I'm onto something here. As with so many things, this may already exist in some form. If so, please tell me about it. 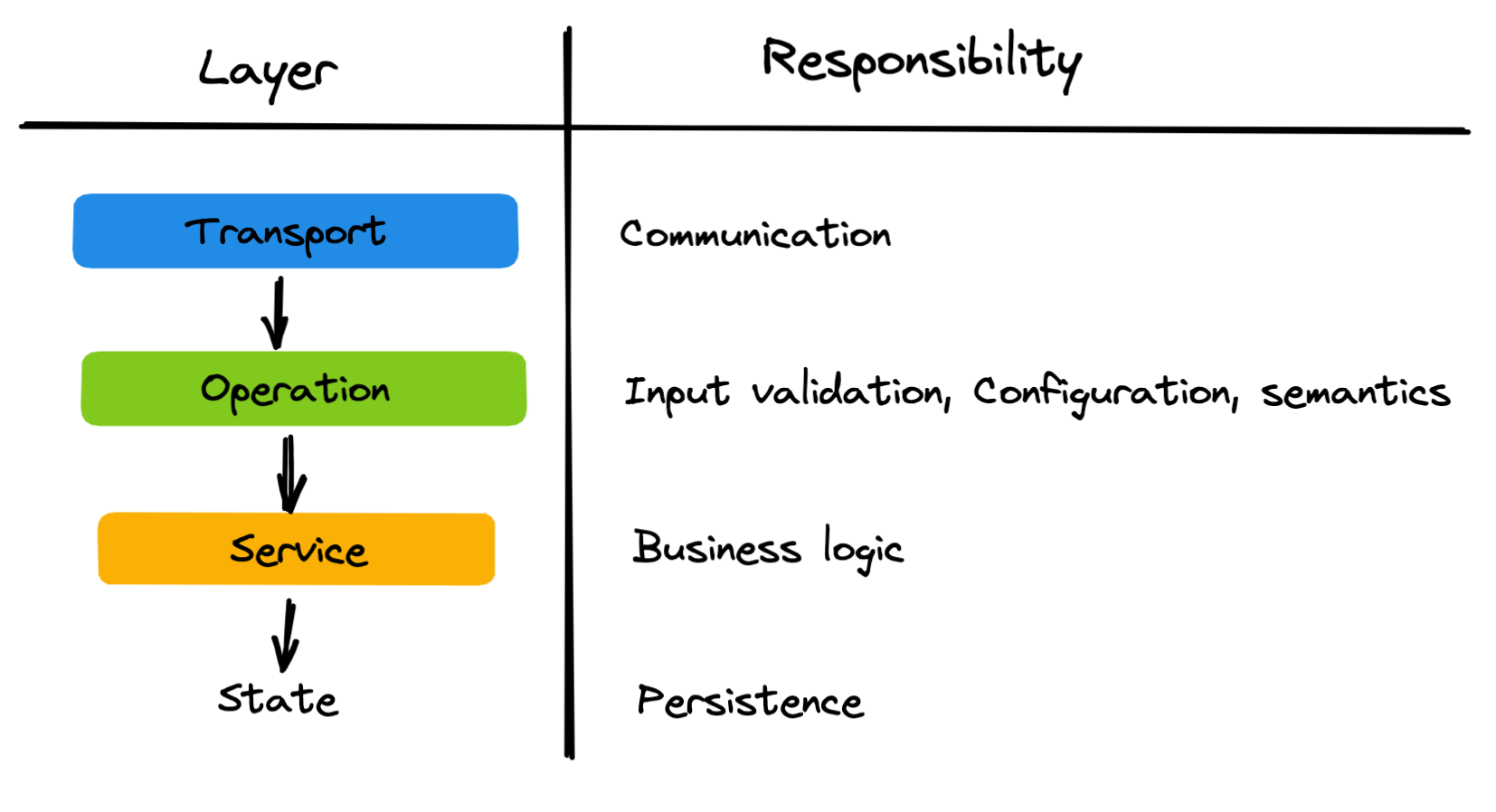 Operations are code, but they're also data. They exist in the codebase, but at runtime they produce artifacts that can be used to debug, analyse, and understand your users and application. They can be associated with a user, machine, etc. 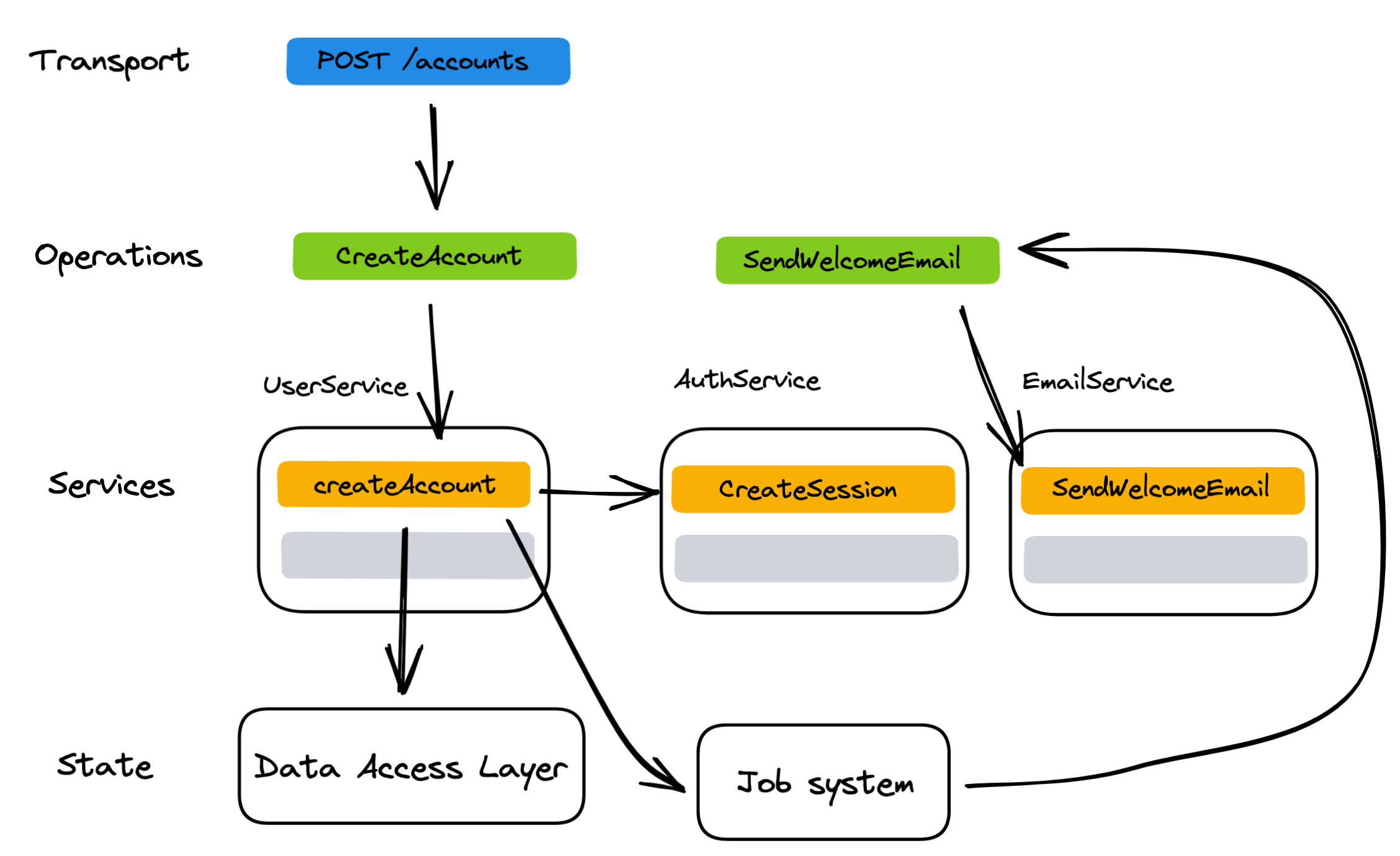 How would this look? #

I'm going to demonstrate the way I imagine this working in a node app. This is fictional code.

If we were to expose this operation over HTTP, it would look something like this.

I imagine Operation would make use of node's new AsyncLocalStorage class to make use of Dynamic Scoping[1] to share state to every future point in the callstack without passing it directly. In a way, it reminds me of React's Context, if you're familiar with it.

I'm imagining something resembling the code sample below. This is pared down from my example for the sake of clarity, but it's basically right.

If you wanted a logger that would always report the operation name and runtime ID, you could wrap your existing logging library like this:

If logs are being persisted somewhere searchable, this gives you a lot of power. If you know there's a problem with an operation, you can search for it by name. If you were to add a userId to your operationStorage you could also search by that.

What do you think of this pattern? Tried anything similar? What were the results? Is there a framework or language that makes this easy?