Toward the end of 2021, I was one of the countless tech workers who left one job and took another. The process surprised me in a number of ways. I needed to update my priors about a few things, and by writing this, maybe I'll update yours too.

First, I thought it would be easy[1]. My reasoning was as follows:

It turns out it wasn't. It wasn't radically hard, but it required significant thought and energy. In the middle of the search, I got kind of pessimistic... And yet, in the end, it was successful both in terms of the total number of offers received and their dollar values. 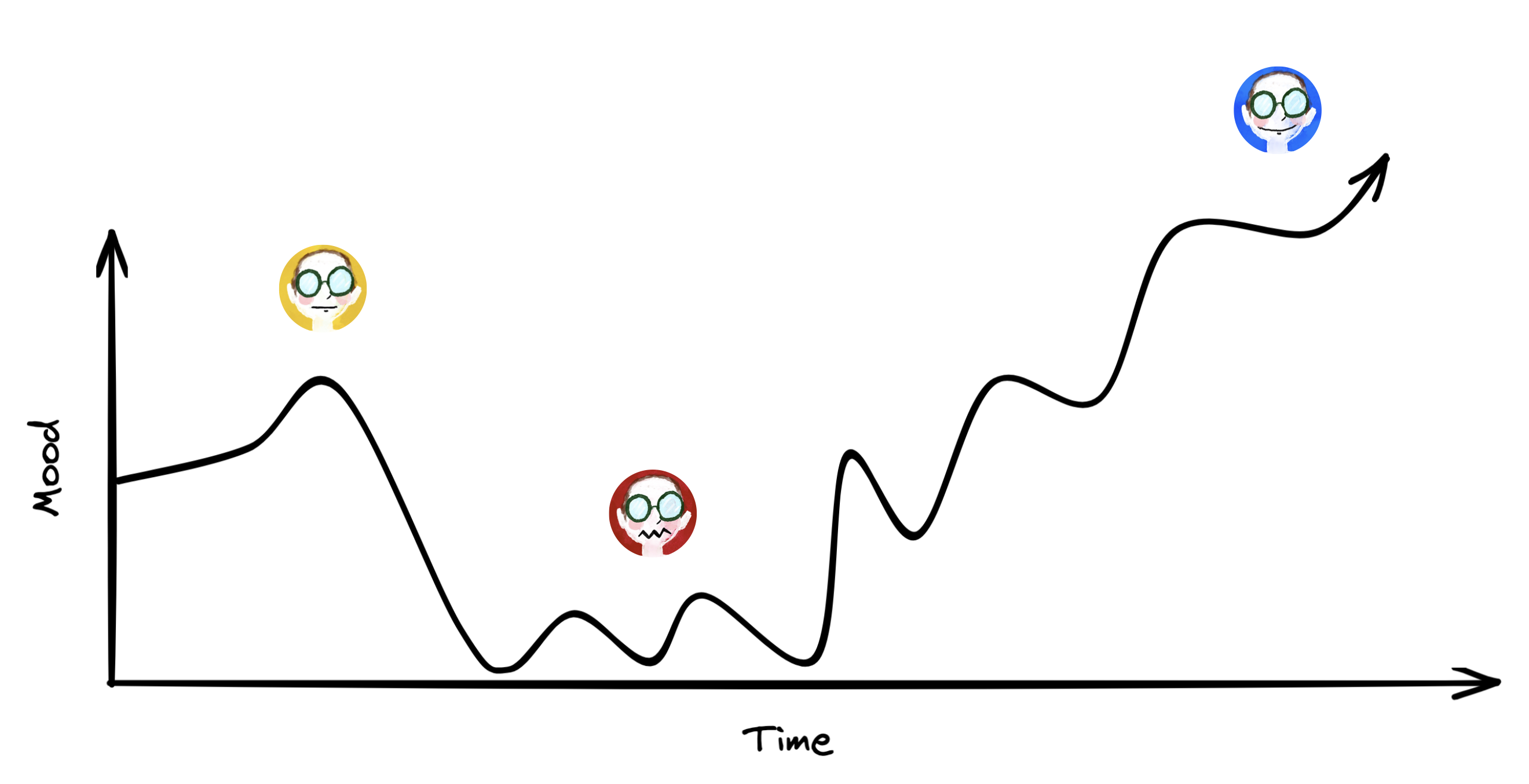 I've tried to capture some of my learnings in a form that may be useful to you. Take everything I say with a grain of salt. Everyone's experience is their own, and this may not apply to you. Also the TTL on any post like this is probably pretty short.

Understand that the system is overloaded #

We said that 2020 was the year that broke every time-series chart and 2021 said "hold my beer." Everything's overloaded, and the job search infrastructure is no exception. In-house recruiters I spoke with had a hoarse voices, were late to meetings and occasionally confused me with other candidates. And I don't blame them. They are dealing with unprecedented pressure from their employers, while at the same time they have more applications than they can process.

It's almost like a Retry Storm. Companies are so overloaded with applicants, that end up giving them a subpar experience. Employer latency causes applicants to freak out and put out more applications, recursively exacerbating the problem.

I've heard it said that most jobs are filled through networking... I don't know if that's been rigorously established, but it's the kind of statement that just feels true. When I started my search, I decided that I didn't want to rely solely on my existing contacts for introductions because I didn't want to limit myself to my known universe. I wanted to branch out. Broadly speaking this was a waste of my time. Most of the companies that I applied to without a contact never wrote back to me, or wrote back so late that they were so hopelessly behind that it was pointless to consider them.

I expected networking to be effective, but I was surprised by the degree. Given how overloaded the system is, networks allow you to punch through the noise and get in front of the right people. I wouldn't disregard conventional wisdom on this one. Use the networks you have.

Learn from your cover letters #

I was surprised how many cover letters I had to write, even with a warm introduction. Most companies asked me to write a cover letter. I knew it wasn't going to be read closely, but it required non-negligible attention from me. I didn't want my cover letters to stand out in a negative way[2]. 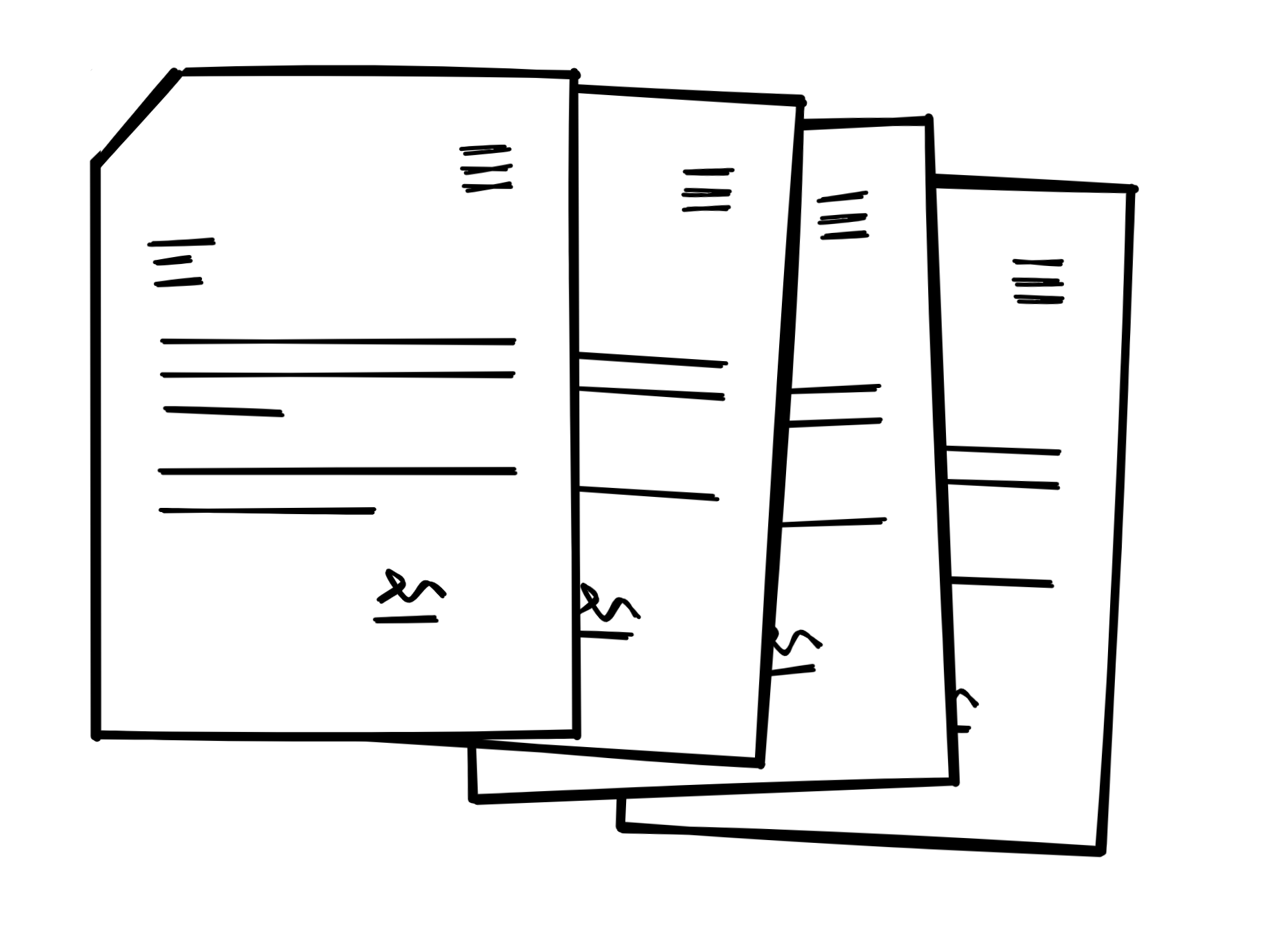 Like with all metrics, it's imperfect! But it's something.

Take-home projects don't seem to be quite as ubiquitous as they were a few years ago, but I still had to do quite a few of them. Often it only takes a couple of hours to meet the bare minimum requirements, but require significantly more effort to stand out. This presents some unfortunate systemic biases. For example, if you spend a lot of time taking care of a family member, and are doing a job search while working full-time, it's extremely difficult to find the time or energy to do take-home work well.

I saw a couple of companies pay me to do a take-home assessment, which I appreciated. It was a signal that they valued my time investment.

Even though the system is pretty unfair and imperfect, I have some pointers for how you can stand out in take-homes that I think are worth sharing.

Pick something to nerd out on #

Looking for a way to go above and beyond? Pick some aspect of the problem and take it to the next level.

Maybe you're being asked to write a program that reads stdin, does some processing, and writes to stdout. It'd be trivial to do the work in memory, but you could decide that you want to stream the input and output so that your program supports arbitrarily large input sizes.

Maybe you decide you want to go a step further and load test it. Perhaps you can cover an edge case in an interesting way?

When you do one, you can start to borrow little flourishes from one and use them on others. The problems are different enough that you can't copy meaningful code, but you can absolutely borrow structure, testing techniques, and sparkles from one project to another.

Have a good readme #

Spend more time than you think on a readme. It may seem ridiculous to document a silly sample project, but it will show that you care about the job you're applying to and demonstrate an ability to write for humans.

Talk about what you did, how to run it and what went into your design decisions. If you're being asked to build a UI, include screenshots–many of the people reviewing your code won't have the time to fire it up. For non-ui take-homes, include sample output. The point is that you want someone who only sees the readme to understand that you did a good, careful job.

Take-homes offer an opportunity to show how you think and communicate visually.

I used Monodraw to create ascii art diagrams in my code and my readme. I got a lot of comments about it from interviewers.

Other nice diagramming tools could be Mermaid or Excalidraw (I have feelings about Excalidraw).

Write automated tests. I believe that most companies will feel that a lack of tests reflects poorly on a candidate. Focus on tests that are readable and help them understand how you think about the problem space. Great tests read like documentation.

Good software validates inputs at its perimeter. Sometimes companies will throw test data at your code that they didn't share with you. If there are errors, that's not always a bad thing, but they should be semantic and sensible. You should codify the assumptions you're making not just with tests, but with input validation.

Don't pull out old libraries and tools. Use the new stuff. That may seem intimidating if you aren't familiar with the latest tooling. Just pick tools that are modern and minimalist, of which there are many. These tools are also easier to read and understand if the interviewer also doesn't know them. It's worth the small time investment to find a cool new library rather than pulling out the same one you used on your last job search.

I'm not an expert in salary negotiation. I'll still share the general framework I used.

"What are your expectations for salary?" #

Many companies asked me about my salary expectations. I said something like this:

Look, this is an unusual time. I'm actually not sure what a fair market rate is for me. I've heard of people with similar experience being offered between X and Y[3] and so I expect I'll get offers in that range.

Some companies just took that information. Others expressed concern because they knew they could not make offers in the high end of my range. In response I told them that I wasn't sure I'd be getting offers that high, and that my range was intentionally large. I also told them that base salary was not the only thing that I cared about and that I would be making a nuanced decision based on many factors.

At the beginning of the process I picked a date at which point I was hoping to conclude the process. Whenever I had initial conversations with companies I told them this date. Because companies got back to me at different times, sometimes this added a little bit too much pressure, and I ended up withdrawing from the process with some.

After each stage of interview, I tried to refine my understanding of when I might be receiving an offer. Once I knew might be getting an offer from a company, I told other companies about it. I said something like:

I wanted to let you know that I'm expecting (🤞) to get an offer from another company in the middle of next week. I've really enjoyed the process with your-company so far, and if it doesn't work out, I would hate for interview logistics to be the reason why. I know I said I was looking to make a final decision by x, but do you think it would be possible to move that up a little bit? Maybe we could conclude the process by y? If this just isn't logistically possible, I totally get it, and I'll do what I can to make things line up. I really appreciate it!

This approach worked every time and was 100% truthful. I would not recommend doing something like this if you're not expecting an offer just to create FOMO.

This is genuinely hard because predicting the future is hard. If I had gotten red flags from any companies, I would have taken them out of the running, but all the companies I got offers from seemed compelling in one way or another.

I tried to assign a monetary value to everything in a spreadsheet. I quantified uncertainty (bonus, stock performance, etc) as best I could. It was abundantly clear which offer had the highest dollar value. I then asked myself, "do I like any of the other companies enough to pay $x to work there instead of company?" I framed it this way to myself because a dollar not earned is the same as a dollar spent. In my case, it worth paying $x. After telling the other companies about the highest offer, and them not being able to quite meeting it, I took the highest offer I got. That isn't the right choice for everyone in every situation, but it was for me this time.

I'm a few months in, and so far I'm pretty happy! I didn't feel like taking the highest offer was a sacrifice in any way. I wasn't selling my soul. I felt good enough about all the companies and that gave me permission to make it mostly about money.

This is a great time to switch jobs if you're feeling the itch. Companies are hungry for talent and you can absolutely do really well in a search. But, if your results will vary and I think you'll find that the outcome will mirror the effort you put in. In my case it required some real heavy lifting.

Figure out where your effort can yield the best results and lean into it.

Try to learn about yourself in the process. You may end up with several offers, and there could be subtle cues from your application process that could come in handy. Journal, make spreadsheets, talk to friends.

Communicate openly and respectfully with the companies as the process progresses. Sometimes the truth is the best negotiation technique. Do what you can to make the truth work for you.

When it's all said and done, take care of yourself. This process is exhausting. If you can, take a few weeks off.